I really am interested in provoking a state of compassion. George Segal

Jill Newhouse Gallery presents a summer exhibition of works on paper depicting the nude.  Included are 10 pastels from the early 1960’s by sculptor George Segal.  These pastels come directly from the estate of the artist.

Best known as a Pop sculptor whose existential plaster tableaus were an answer to the flat canvas imperative of the time, Segal “all the while, continued his love affair with saturated sun-lit colors, voluptuous feminine curves and tactile painterly surfaces in the pastels.” Inspired by Matisse, when asked about the relationship of his sculpture to these works, Segal would say that the pastels predicted sculpture in color. (Constance Glenn, 1977 excat, George Segal Pastels 1957-65).

“I’ve stopped painting but I’ve never stopped drawing.  It’s thinking, it’s more intimate, it’s less obviously ambitious.  It doesn’t want to be completely realized.  It’s about specific sensation.  I’m observing the way a wrist bends and the space between an arm and a body.  Invent color and it will suggest new ways to compose sculptures…I like pastel the way I like plaster, because plaster is infinite and you can do anything.”

My stuff (sculpture) is supposed to be sad, forbidding and monumental, yet there was always been this other side of brilliant color and juiciness and just the joy of the material.

Also included in this exhibition will be works by Pierre Bonnard, Graham Nickson, Auguste Rodin, Edouard Vuillard and others. 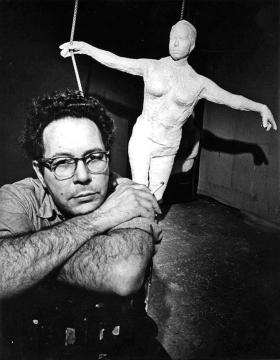 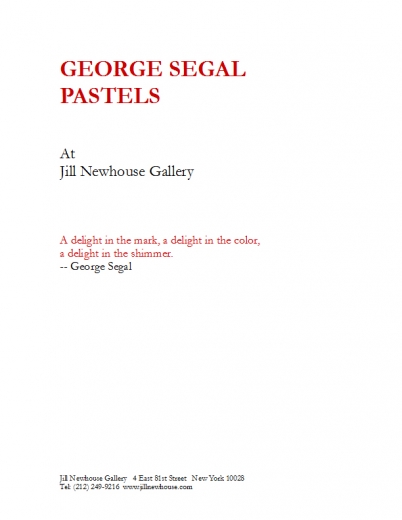