Jill Newhouse presents Dorothea Rockburne: Indication of Installation Series, a group of unpublished drawings of 1973 which add a previously unknown dimension to Rockburne’s extended inquiry into the nature of drawing—or as the artist posed the question in 1973, “How could drawing be of itself and not about something else?”

The Indication of Installation Series corresponds to Rockburne’s installations of wall drawings at Bykert Gallery and other venues in 1973, a turning point in the history of modern drawing practices. These installations were part of the artist’s ongoing Drawing Which Makes Itself series, in which the artist folded and unfolded sheets of paper, marking the sheets in places determined by the folds and creases of the paper. In 1973, Rockburne added carbon paper to her materials, resulting in a group of large wall installations in which not just the positioning of lines but the marks themselves were ‘made’ by the transitive actions of the manipulated sheets of carbon paper. While working on the wall drawings and just after their completion, Rockburne also produced what she calls ‘indications’ of the installations on single sheets of white paper. These ten unpublished drawings of 1973, the Indication of Installation Series, will be exhibited together for the first time at Jill Newhouse. Rockburne states that she made the series “to retain a memory of the concepts and as a way to make actual drawings [as opposed to large installations] containing all the principles involved.”

The exhibition at Jill Newhouse will engage and complement the concurrent exhibition at The Museum of Modern Art: Dorothea Rockburne: Drawing Which Makes Itself, while two of the Indication drawings at Jill Newhouse, Neighborhood and Nesting, correspond to works that will be on view at MoMA. These exhibitions take part in the recent re-examination of Rockburne’s diverse achievements over the course of her continuing career as a painter, draftsman, mixed-media and installation artist, including her complex relationships to, and departures from, the minimalist, post-minimalist and conceptual art practices of the late 1960s and 1970s. Among Rockburne’s most compelling contributions is her investigation of drawing as privileged medium for visualizing both the rigors of thought-- including mathematical ideas and principles-- and the dynamic flow of lived experience.

“Drawing is for me the bones of thought,” Rockburne recently wrote in recollection of the works of 1973.  “I’ve always had an enormous impulse to draw, to make drawing that described only itself, that didn’t have any subject matter except itself. In this way I investigated the natural geometry intrinsic to every sheet of paper, treating each sheet as a continuous surface with a back, a front, and depth.” The introduction of carbon paper marks was a way to visualize the experience of time. It was on a trip to Italy in 1972, while studying the art of the past, that Rockburne first experimented with carbon paper as way to incorporate the to and fro of time into her work. In 1973, prompted by a memory of her daughter’s drawing on a waitress’s notepad, the artist was inspired to use carbon paper as the marking element in the wall drawings. “Because it is indirect, carbon paper somehow seemed like a perfect material to use when questioning time. The very act of marking one surface in order to influence another indicates a passage of time…When the drawings were completed I questioned how they worked. Small sheets of carbon paper were acting on a much larger papered surface. Past experience, both in math and art, taught me that when any material acts on itself it generates an energy as it seeks a wider field in which to act. Electrons behave that way and so do people.” 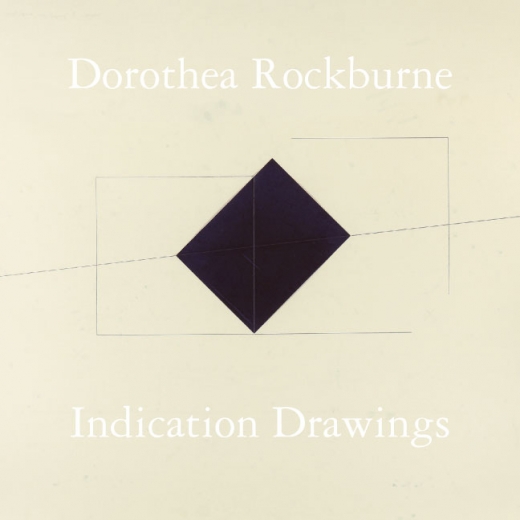 Dorothea Rockburne: Indication Drawings from the Drawings that Make Themselves Series 1974
September 2013 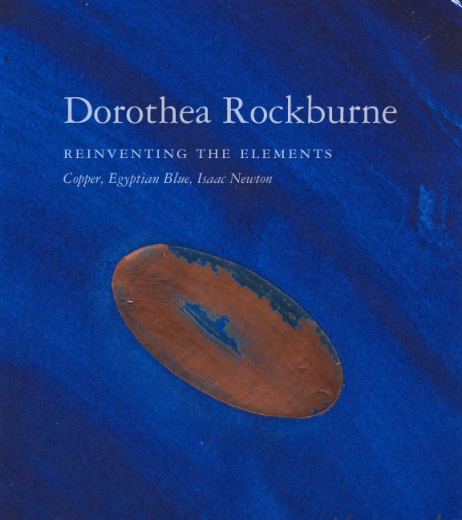