Born in Groningen Netherlands, Jozef Israëls studied painting in Amsterdam and Paris, taking classes with artists such Horace Vernet and Paul Delacroche. His early career focused on portraiture and history painting but in the 1850s, an illness kept him in the fishing village of Zandvoort, introducing him to the lives of the poor fishermen and their families. He turned his attention to intimate scenes of their daily lives, thereby finding the major themes of his art. In 1870 he moved from Amsterdam to The Hague and thereafter became one of the leading members of the Hague School. 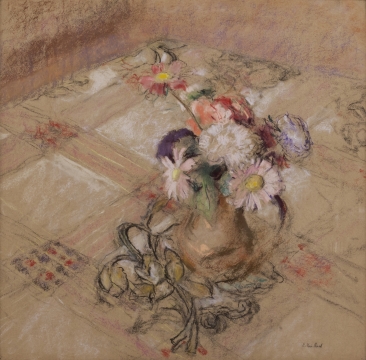