Three Studies of Legs and a Study of the Rump of a Horse, 1828

Study for the Lithograph “Hamlet and Laertes at the Grave of Ophelia,” c. 1843

Eugène Delacroix (French, 1798-1863) was the preeminent painter of the 19th century French Romantic School. In contrast to the pristine brushwork and linearity of Ingres and the Neo-Classical School, Delacroix’s dynamic draftsmanship and impressionistic use of color is often seen as precursor to modern art. Delacroix painted all varieties of traditional subject matter during his career, including animal studies and portraits, figures from history, literature, and music, copies after the Old Masters, as well as still-life and landscapes. An early friend of Gericault, Delacroix greatly admired the younger painter’s Raft of the Medusa of 1818 and even posed for one of the figures in it.

Delacroix’s early successes at the Paris Salon were with paintings of political, historical, and religious themes depicted in swirling compositions with broad dramatic brushwork. The Massacre at Scios (Louvre) and The Death of Sardanapulos (Louvre) were followed soon after by what has become his best known painting, Liberty Leading the People (Louvre) which was his response to the July Revolution of 1830. The painting was purchased by the French government and exhibited at the Musée du Luxembourg, then a museum for living artists showing contemporary work.

In 1832 Delacroix accompanied a diplomatic mission to Spain and North Africa and the trip had a profound impact on his career and his art. The color and light of Morocco and the Orientalist world in general would inspire his work for the rest of his life.

Delacroix completed countless public murals of both secular and religious subjects. In the mid-1840s, he painted the decor of the Palais du Luxembourg library, now the Senate; in the 1850s, he received a commission for the central ceiling of the Galerie d’Apollon at the Louvre; The City of Paris commissioned decorative paintings for the Salon de la Paix in the Hôtel de Ville, unfortunately destroyed by fire in 1871.

Delacroix’s last studio was on the Rue Furstenberg in Paris and since 1932 the apartment, studio and gardens have been made into a museum in his honor. Delacroix also spent time in the countryside near Champrosay where he enjoyed friendships with well-known cultural figures such as the composer Frédéric Chopin and the author George Sand. In 1862, he became a part of the creation of the renowned Societé Nationale des Beaux-Arts. Other members of the committee included Puvis de Chavannes and Carrier-Belleuse. Delacroix died in August 1863 in the company of his longtime faithful housekeeper Jenny Le Guillou. 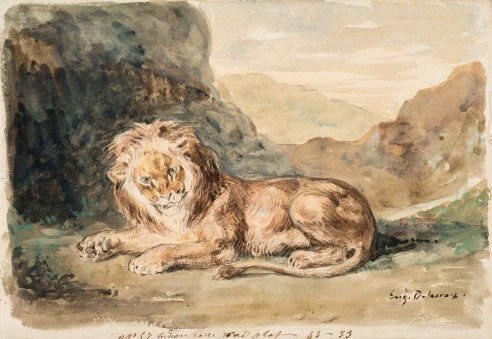 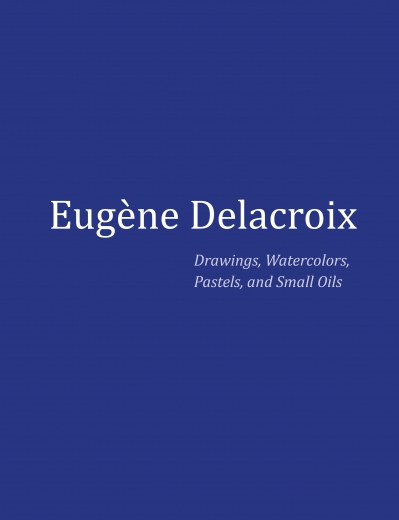